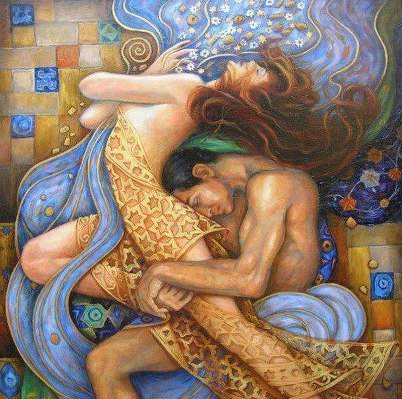 The masculine nature is to protect and stand up for the feminine. Unfortenally we have had the opposite experience of the masculine, where it instead have accused, damaged, killed, opressed, ridiculed and condemned all that represents the feminine.

women have had to stand up for themselves instead and fight for their existence and what they are representing of the feminine. Women have been forced to go into their own masculine to become their own warriors for justice and to be acknowledged and counted in as equals to men. In this way women haven´t been able to go into their feminine innocence, but have been left with a feeling of guilt of being women. The consequence of this have led to that women in their turn haven´t been able to honor the masculine in men.

Women have been regarded as bitches in their fight of their rights, and men as heartless sexist beings.

It is a masculine without the balance of the feminine.

The masculine without this balance becomes the real bithces and becomes destructive without knowing it itself.

The Divine feminine and masculine are something else

The divine masculine sees his woman, but not for the the look but for her inside.

The divine masculine stand beside her, protecting her and defending her from all that doesn´t honor her and the feminine.

He honors all what the feminine are representing and sees this in not just his woman but in all women.

He knows he doesn´t own her because she´s a free spirit wanting no barriers and restrictions because she honors life and life is free.

When he looks at the woman he loves he see all the love she has inside and how she gives this love to all an everything around her. He can see her both as his mother, his daughter and his lover. He sees the feminine for giving birth to life. Helping and nourishing life so it can grow and in that way he can see her in everything that has life.

He see that life is prescious. He doesn´t only want to protect this woman but all life in this way. He can see his woman in everyone else. He honors life.

He can see how he has to protect not just his woman but all life that lives on this earth.

He can see that this planet needs protection.

The Divine woman honors the masculine for honoring the feminine.

When she feel safe with the masculine she can blossom and become the mother for all life that she is. The two polarities can merge with eachother. Working together, cocreating life and peace on this planet as it was meant to be.

All life springs from these polarities joined together.

The destruction made from the false masculine has come to an end. We don´t need it.

We don´t want it anymore.

We honor ourselves as Divine beings made out of Love 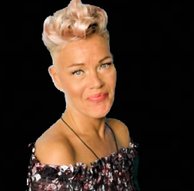